The Hawaiian island of Oahu is most known for the big barreling waves that break over the shallow reef at Pipeline but when the waves are flat, surfers hit the skatepark for their thrills.

Skateboarding has been a big part of the culture here in Hawaii and Oahu has some great options for anyone looking to shred a bowl or grind a rail.

Most of the skateparks on this island were built many years ago but there are a few that have had recent upgrades. If you find yourself on the hunt for the best skateparks on the island of Oahu, I’d recommend taking a look at this list.

Kapolei Skatepark originally opened back in 2006 with a ten-foot keyhole bowl, nine-foot amoeba pool, eight-foot egg bowl, and a small street course. Recently the facility received an awesome street course upgrade that consists of handrails, stair set, two-flat-two, A-frame with a rail, banked gap, and bump-over-bar, banked gap bump-to-rail, out rail, euro gap, flat bar, and bank ramps. This skatepark is now all-terrain, all skill level, and will appeal to all types of skateboarders.

Banzai Rock Skatepark is located directly across from the most famous surf spot in the world – Pipeline. The facility was built by California Skateparks and is made up of a pool-style bowl with an extension, pool steps, tile, and pool coping, large flow bowl area with hips and extensions, pump bumps, bank ramps, hubba ledge, handrail, and a stair set. This is a popular skatepark where you are likely to see some amazing skateboarding go down on any given day.

Kamiloiki Skatepark is a transition skateboarders dream. There are three consecutive bowls, one has a spine and a volcano, another has a pretty awesome transfer gap. The bowls all have steel coping. As for the rest of the facility, there a some quarter pipes, long pyramid-style bank ramp, one rail, and a curved ledge. There is plenty of open space too so beginners will enjoy improving their skills here.

Pearl City Skatepark (also known as Manana) was designed by Urban Words and Chad Hiyakumoto, and built by California Skateparks. It is believed to have opened in 2005, but don’t quote me on that.

This skatepark has a mix of street and transition that consists of a five-foot spine, combination bowl, volcano, nine-foot bank-to-wall, a crazy rail that drops off into a bank, A-fame with a ledge and flat bar, pyramid with hubba ledge, flat ledge, manual pad, up-gap, bank ramps, and quarter pipes.

Makiki Skatepark is a cool little street-style spot located underneath an overpass in Honolulu. This is an extremely popular skatepark that gets quite busy with local rippers. It features quarter pipes, bank ramps, pyramid with a ledge, flat bar, manual pad, flat ledge, and slappy curbs. If you’re a beginner it is best to visit the skatepark in the morning but if you are a seasoned ripper head there in the afternoon to join in on the session.

An ‘oldie but goodie’, Mililani Skatepark offers skateboarders a mix of transition and street obstacles. There is an open-style flow bowl, pool-style bowl with a hallway gap, hubba ledge, bank with three-block ledge, pyramid with a ledge, big corner bank ramps, flat ledge, and down rail. 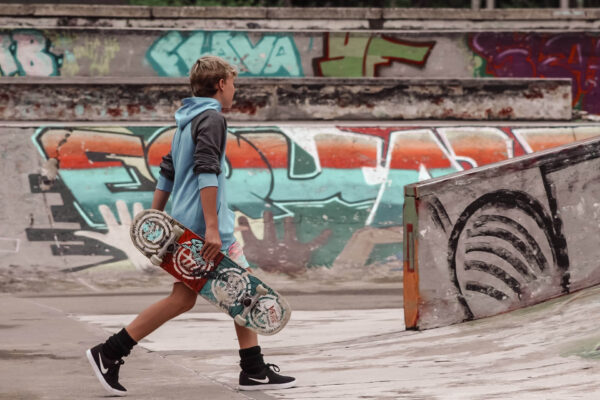 The terminology ‘complete skateboard’ is used to describe a skateboard that has all the components such as the deck, trucks, wheels, bearings, and grip tape… 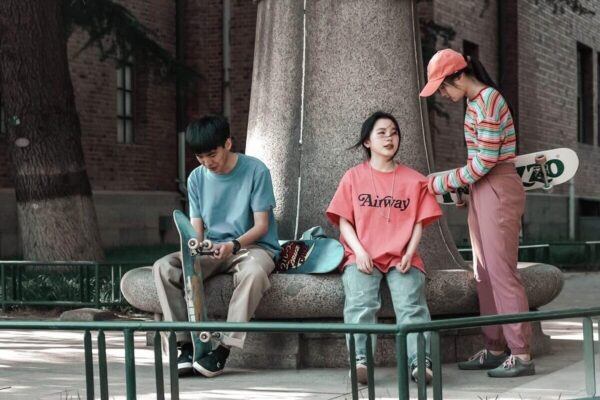 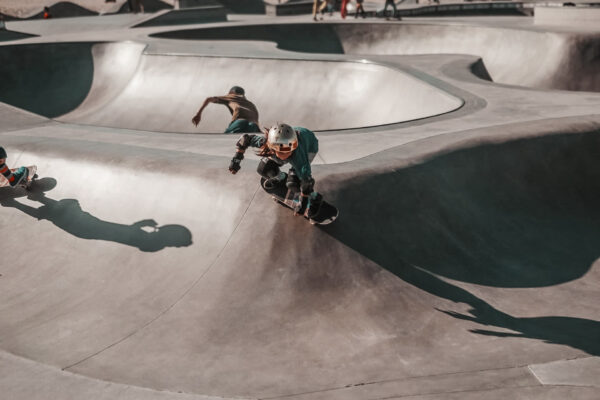 Let’s not beat around the bush here, skateboarding is a dangerous sport and injuries are inevitable however, there are safety precautions that can be taken… 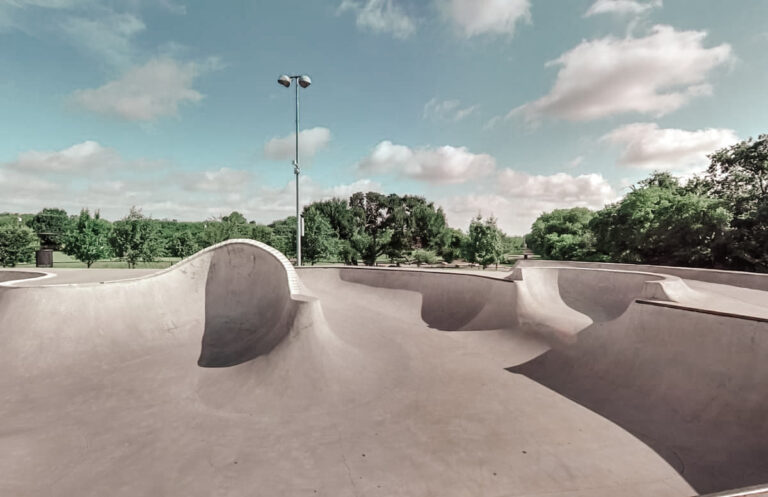 Texas is known for having stellar skateparks and the city of Austin is no exception. Local Austin skateboarders have a decent variety of skateparks to choose from that include street plazas, bowls, mini ramps, and…

Over the last few years several new skateparks have popped up around the state of Massachusetts offering skateboarders modern and up to date obstacles to hone their craft. There’s no doubt these new concrete facilities…

Wyoming is one of those states that makes you feel like you’re in a western movie. A skateboard is your trusty steed and the skatepark is a series of mountains you need to cross with…

Iowa has definitely cemented itself a spot in skateboarding history by building several outstanding skateparks over recent years. In fact, this state now holds the title for having the biggest skatepark in the USA, a…

Indiana should be on your radar when it comes to skateparks because the state has been building them all over and each one has it’s own unique features. The best skateparks in Indiana are works…