There is no need to roll the dice when looking for a skatepark in Sin City because we have compiled a list of the best skateparks in Las Vegas for you! These skateparks are in no particular order and are all worth a peek.

It is important to remember though that Las Vegas experiences extreme heat during the summer months and you may not be able to skate between July and September unless you are an absolute beast. If you do decide to hit the skatepark at this time of the year be sure to take plenty of water with you and try and avoid skateboarding during the middle of the day.

I guess the one thing you probably have going for you if you attempt to skate in the extreme heat is that it’s very likely you’ll have the whole skatepark to yourself. Most skateparks in Las Vegas do have lights though and are thankfully open at night for this very reason.

Justice Myron E. Leavitt & Jaycee Skatepark is a 10,000 square foot skatepark designed by SITE Design Group and constructed by Skatepark Construction. The park features elongated stair sets, handrails, hubbas, bank to ledge, taco quarter pipe with pool coping, floating corner bowl, a variety of ledges, and a split a-frame kicker with a middle rail and hubbas on both sides. Jaycee skatepark is bad ass and it is well lit at night.

Craig Ranch Skatepark is a massive 65,000 square foot skatepark built by Hardcore Skateparks. And yes, you better believe this park is hardcore! I’m talking bowls in big, medium and small sizes. Ledges and stair sets are in abundance here as are rails and hubbas too. If you can’t enjoy yourself at this skatepark you should probably stop skateboarding.

The skatepark is lit up until 10pm nightly so you can get your session in after the scorching Las Vegas sun goes down.

Hollywood Skatepark is a 29,000 square foot skatepark designed by SITE Design Group and constructed by Skatepark Construction. The park features an 11 foot kidney bowl, 18 foot full pipe, and street plaza with a 10 stair, boxes, ledges, and rails. It is lit up until 9pm every night which makes it the perfect skatepark to hit up on those warm summer nights when it is too hot to skate in the day time.

Police Memorial Skatepark has a mix of obstacles both street and transition. The street section consists of a variety of stair sets, rails, hubbas, ledges, bank ramps, and a pyramid. As for transition you will find some nice quarter pipes and a spine. Police Memorial is lit up until 11pm every night so you can avoid the heat of the day.

Sunny Springs Skatepark is another great mix of street and transition that is sure to entertain all types of skateboarders. It has some nice bowls, some big hubbas, a few nice ledges, and also a fun rail.

This park provides skateboarders with plenty of open space to flow around and also plenty of flat ground as well. Like most Las Vegas skateparks, Sunny Springs has lights and is open until 11pm every night.

Cambridge Skatepark is located at the Cambridge Recreation Center. This is a nice little skatepark with plenty of street obstacles such as ledges, rails, hubbas and stairs. Some of the ledges are super steep but there are more mellow ones at this park too. The transition section is pretty cool as it is basically two half pipes that are joined in the middle by a spine ramp.

Skateparks in North Dakota are few and far between. The Peace Garden State only has a handful of major cities and almost forty percent of the…

If you’re wondering where the best skateparks in Washington state are, we have you covered from the west coast to the eastern high desert plain! Whether you are into skating bowls and transition or prefer… 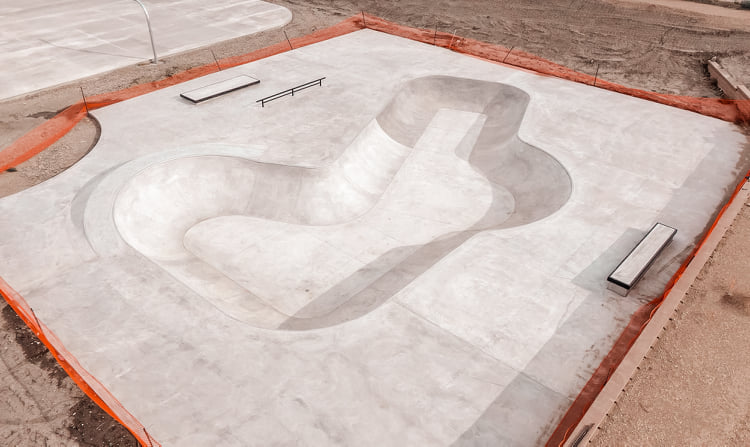 Skateparks in North Dakota are few and far between. The Peace Garden State only has a handful of major cities and almost forty percent of the population lives in rural areas. This is probably one… 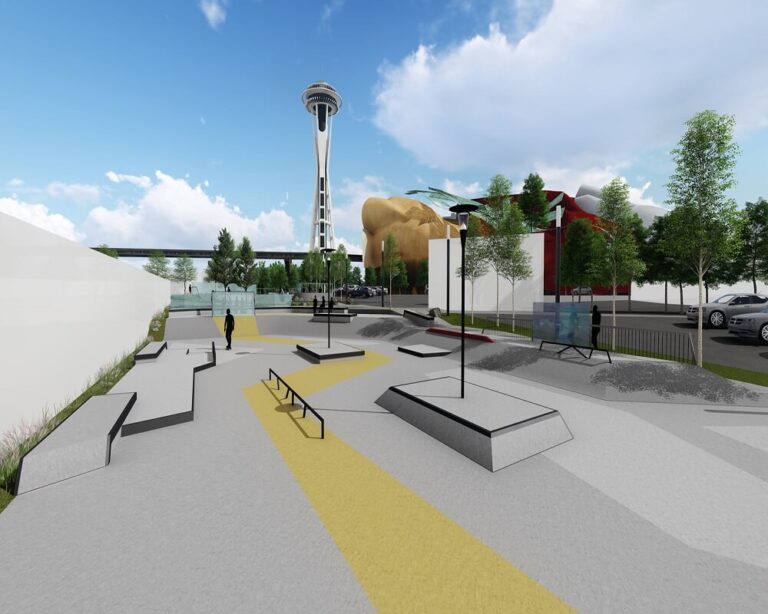 The Seattle Center’s new skate plaza is well under construction after the former skatepark located on Thomas and 2nd Avenue was demolished back in October 2018. The new 18,000 square foot skate plaza has been…

Montana skateboarders are blessed with some of the most unique skateparks in the country. Skateparks might not be the first thing to come to mind when you think of Montana, but if you are a…